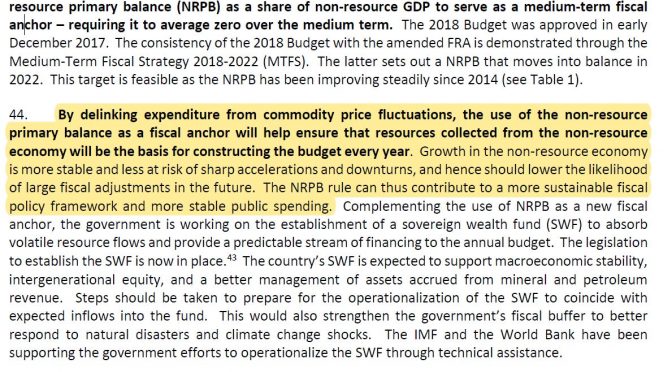 This is the first of a series of articles that analyses the 2019 budget primarily through its numbers rather than its words.

The 2019 PNG Budget moves away from fiscal discipline, and potentially towards yet another boom/bust cycle for PNG. The 21 per cent increase in expenditure from 2017 is risky and depends on high oil prices and GDP growth rates. The fiscal anchor for 2019 has been severely breached due to spending almost all of the K1 billion bonus from higher oil prices – this is probably illegal under PNG’s Fiscal Responsibility Act. The sudden reversal in fiscal policy towards a loose setting is probably the major short-term policy concern from the 2019 Budget.

There has been a significant reversal in fiscal policy. There was a major reduction in budget expenditure from K15,454.1 million in 2014 (actual) down to K13,319.7 million (actual) in 2017. In nominal terms, this has now been entirely reversed with 2019 budgeted expenditure of K16,133.5 million – representing an increase since 2017 of 2,813.8 million or 21.1% (a future article on the sectoral composition will analyse the pattern of expenditure changes).

This represents a significant loosening in fiscal policy. Indeed, beyond these nominal changes in expenditure, the 2019 Budget Strategy estimated that the deficit would be K442 million in 2019 or 0.7% of non-resource GDP. Instead, the 2019 Budget lifted this deficit to K1,743 million or 2.7% – an increase of K1,301 million. Given the high non-resource primary deficits from 2016 to 2019 (specifically, -4.6%, -1.7%, -2.2% and -2.7%), it is virtually impossible to reach an average zero balance in the medium term, especially given current directions in fiscal policy. This would be a breach of PNG’s Fiscal Responsibility Act agreed by Parliament in only September 2017.

This is a very different fiscal story than the one included in the 2019 Budget Speech.

The fiscal expansion and loosening of fiscal policy is the key short-term policy concern of the 2019 Budget.

Specifically, although the traditional PNG budget deficit slightly decreased, PNG agreed as part of its 26 October budget support loan from the World Bank that it would use a new fiscal deficit measure – the non-resource primary balance. Legislation was passed in the PNG Parliament in September 2017 to make this the new fiscal measure, indicating that it should average zero over the medium-term. This was the first condition for the $US150 million in budget support from the World Bank (called “Prior Action 1”). Changing the legislation and incorporating this measure as the key for its Medium-Term Fiscal Strategy was the key condition for releasing the first tranche of World Bank budget support. Current figures indicate that PNG will not receive the second release of the budget support assistance.

Extracts from the World Bank documentation (page 22) dated 26 September 2018 go into detail below.

The extra revenue derived in 2018 flowed mainly from high oil and gas prices. It is unclear how long these will continue. Going forward, the revenue estimates are based on very high GDP growth rates. A future analysis will look at the GDP figures. On balance, there is a distinct risk that PNG is heading back into a boom/bust budget cycle. 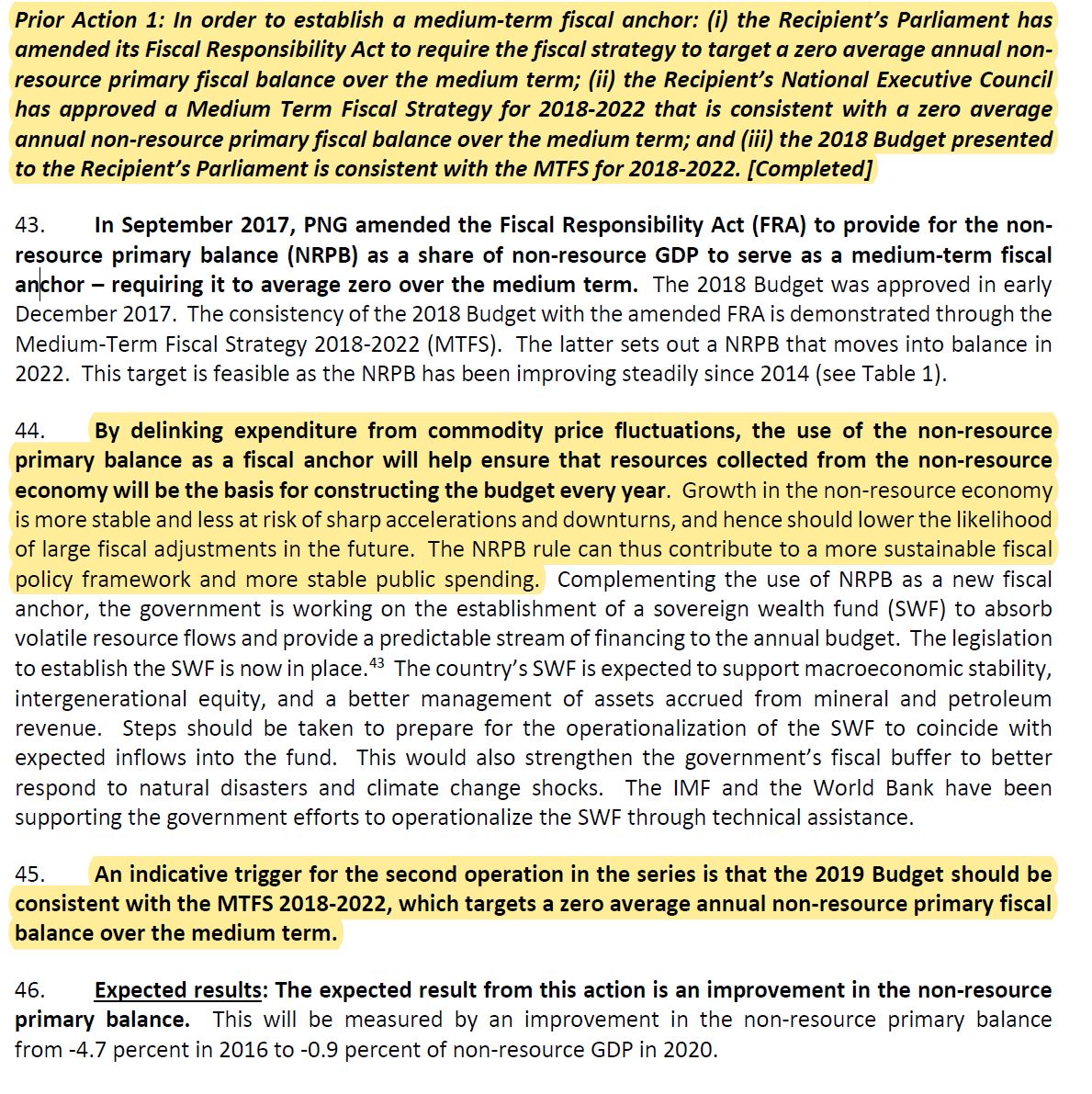