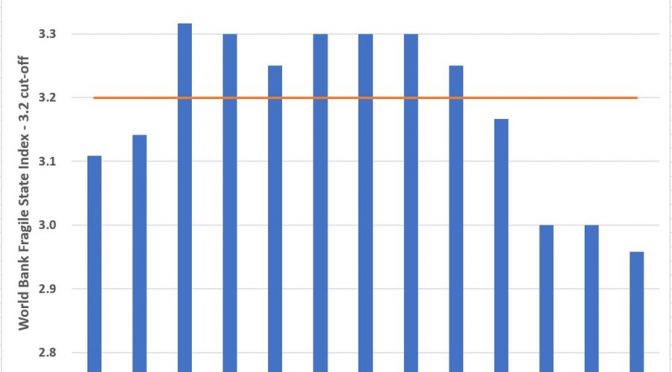 A recent Development Policy blog, with an accompanying research paper, explored the question of whether PNG was a fragile state – ANU Devpol. The article opened with a reference to a Parliamentary question asked by then Shadow Treasurer, now Treasurer, the Hon. Ian Ling-Stuckey.  Below is a copy of the question that was asked – this is done for reasons of public transparency as such questions are hard to access on the public record. It highlights the basis for the claim that PNG had descended back to fragile state status were World Bank and ADB indicators of “fragile situation” countries. The source materials and analysis were included in the question (which is provided to the PNG Parliament’s speaker).

One particularly interesting element of the background analysis, not explored fully in the Devpol analysis, is the dynamics of such a status. PNG had climbed out from being a failed state during the year’s 2007 to 2013. It then fell back into that failed state status by 2014. This was driven mainly by a fall in measures of economic management during the O’Neill years according to the analysis of the World Bank and ADB. Since 2020, the listing has been simplified. PNG is still in the listing as a “High Institutional and Social Fragility” country  http://pubdocs.worldbank.org/en/888211594267968803/FCSList-FY21.pdf

Hopefully, improvements in economic management  and continued friendly foreign support will allow for one of the positive scenarios in the Devpol analysis.

PNG Descends to be APEC’s Only “Fragile State” According to the World Bank and Asian Development Bank.

My questions are directed to the Treasurer, on the economic status of Papua New Guinea and its standing in the international community.

Mr Speaker, there are international criteria, for whether a country is termed diplomatically as being in a “fragile situation” – just a nicer term for the early and more normal reference for whether a country is known as a “fragile state”.  According to publically available data from the World Bank and Asian Development Bank, after years of improvement during the years of the National Alliance Government, PNG has fallen to once again, becoming listed, as a “fragile state”. And we do not share, good company in this rating. The only other countries considered to be low to middle income and “fragile states” are Zimbabwe, suffering from the legacy of the autocracy of the Mugabe years, and Timor Leste, recovering from the civil conflict from its separation from Indonesia.  PNG is behind, the rankings of low income countries such as Chad, the Republic of Congo, Kosovo, Liberia and Mozambique. Indeed, there are only 12 countries in the world with a rating that are lower than PNG – such as Eritrea, Yemen, Afghanistan and South Sudan. So this is not good company. 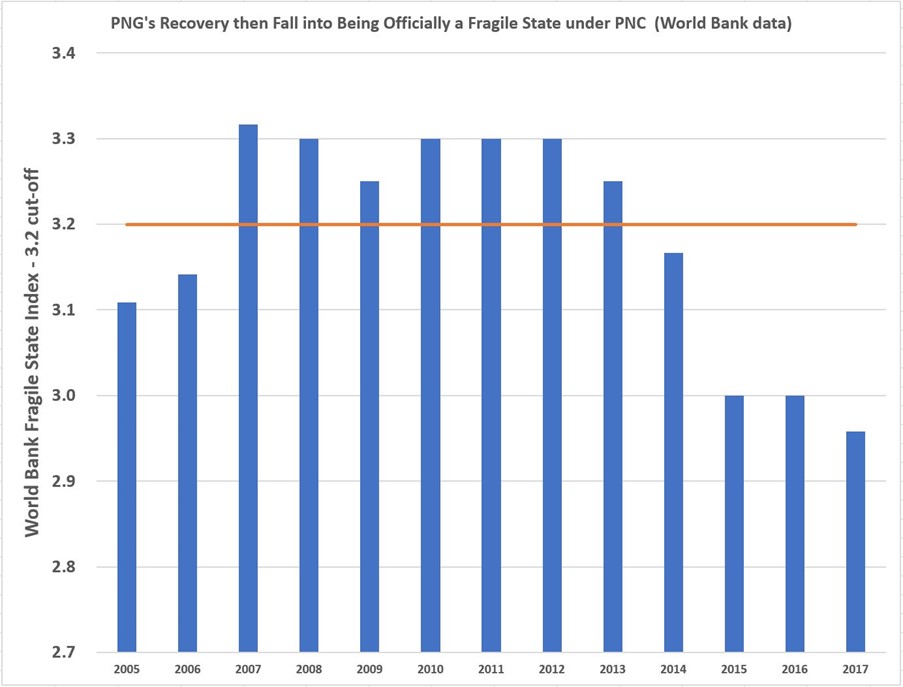 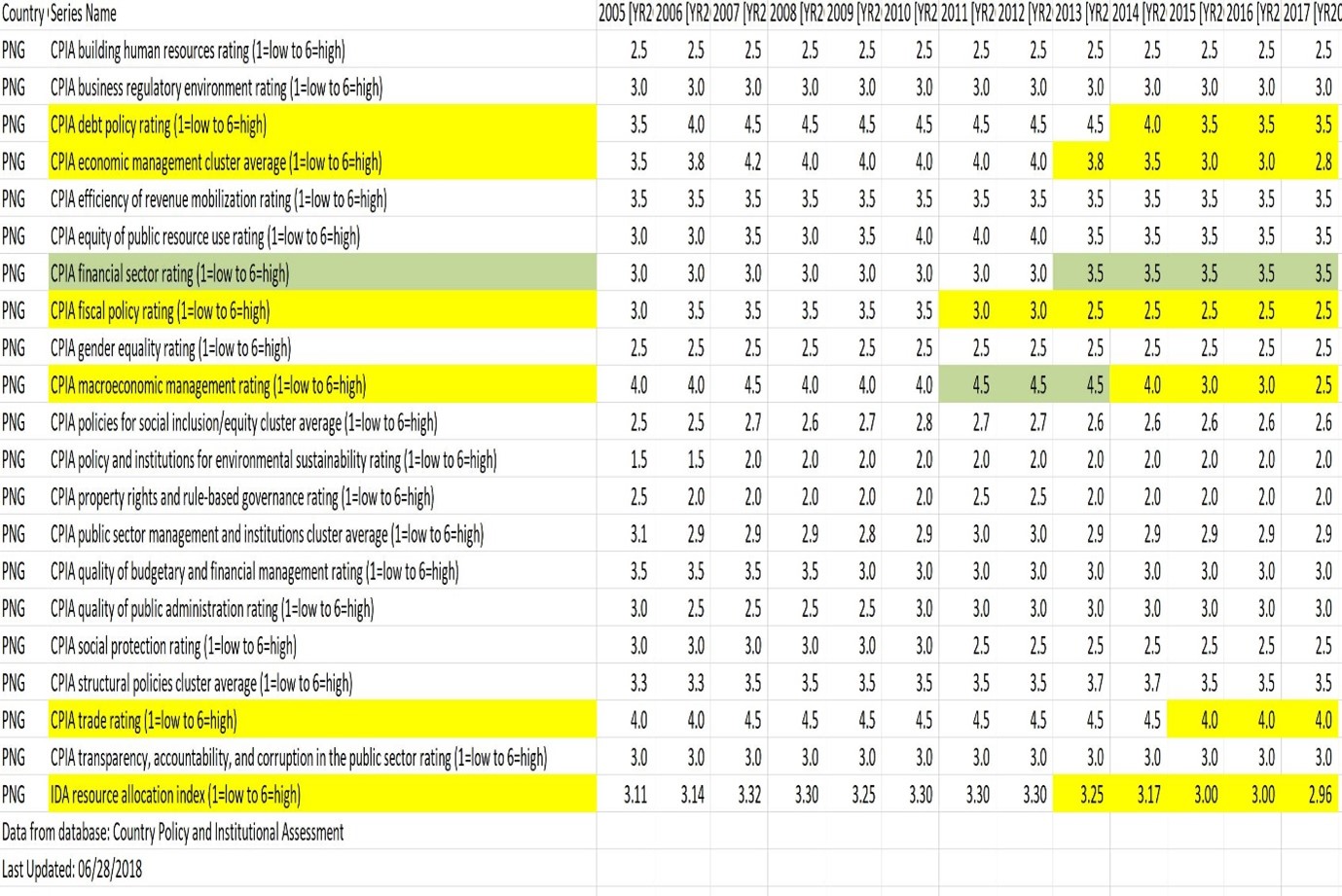 Examples of downloads from the Harmonised List of ”Fragile Situations” available at http://www.worldbank.org/en/topic/fragilityconflictviolence/brief/harmonized-list-of-fragile-situations

Note that the name of this list has become “more diplomatic” over time.  So it used to be called the fragile states” list as indicated in the second para below.  Note that the group in the World Bank that puts this list together is known as the World Bank’s Fragile, Conflict and Violence Group. 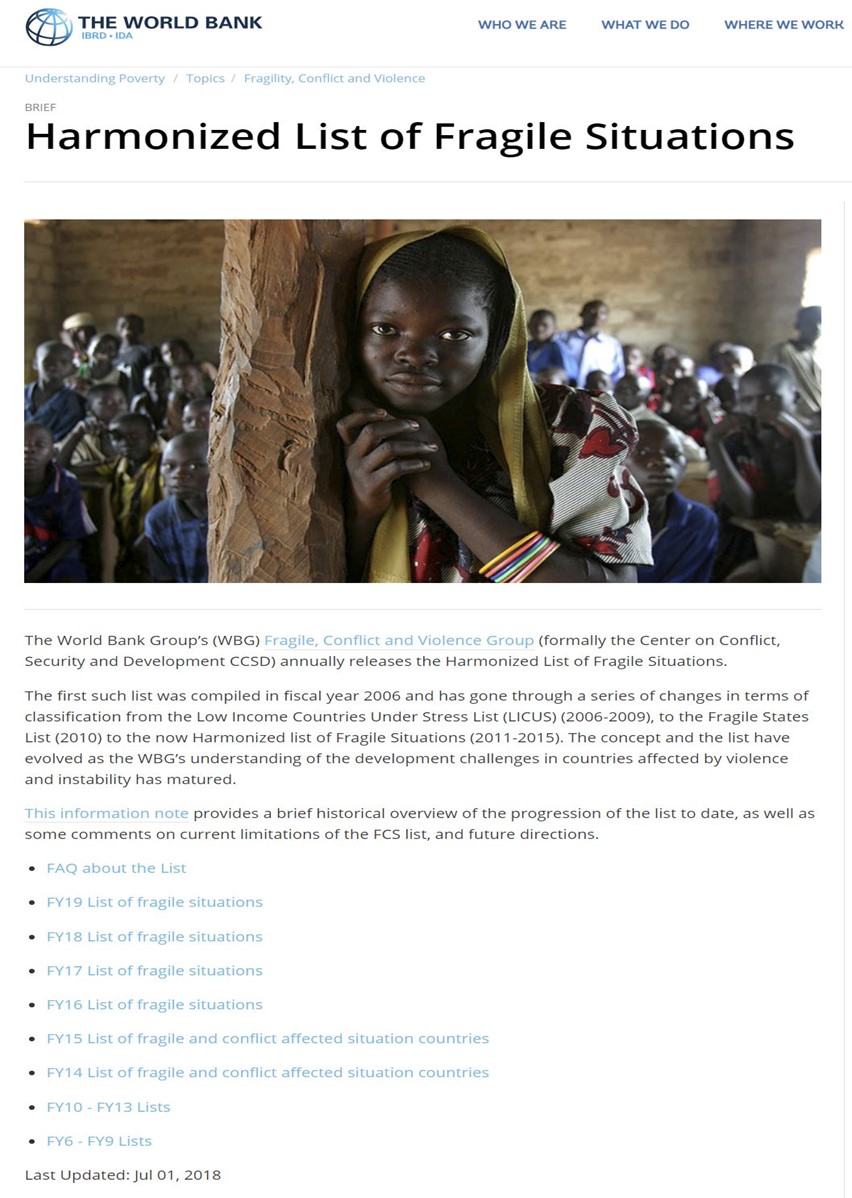 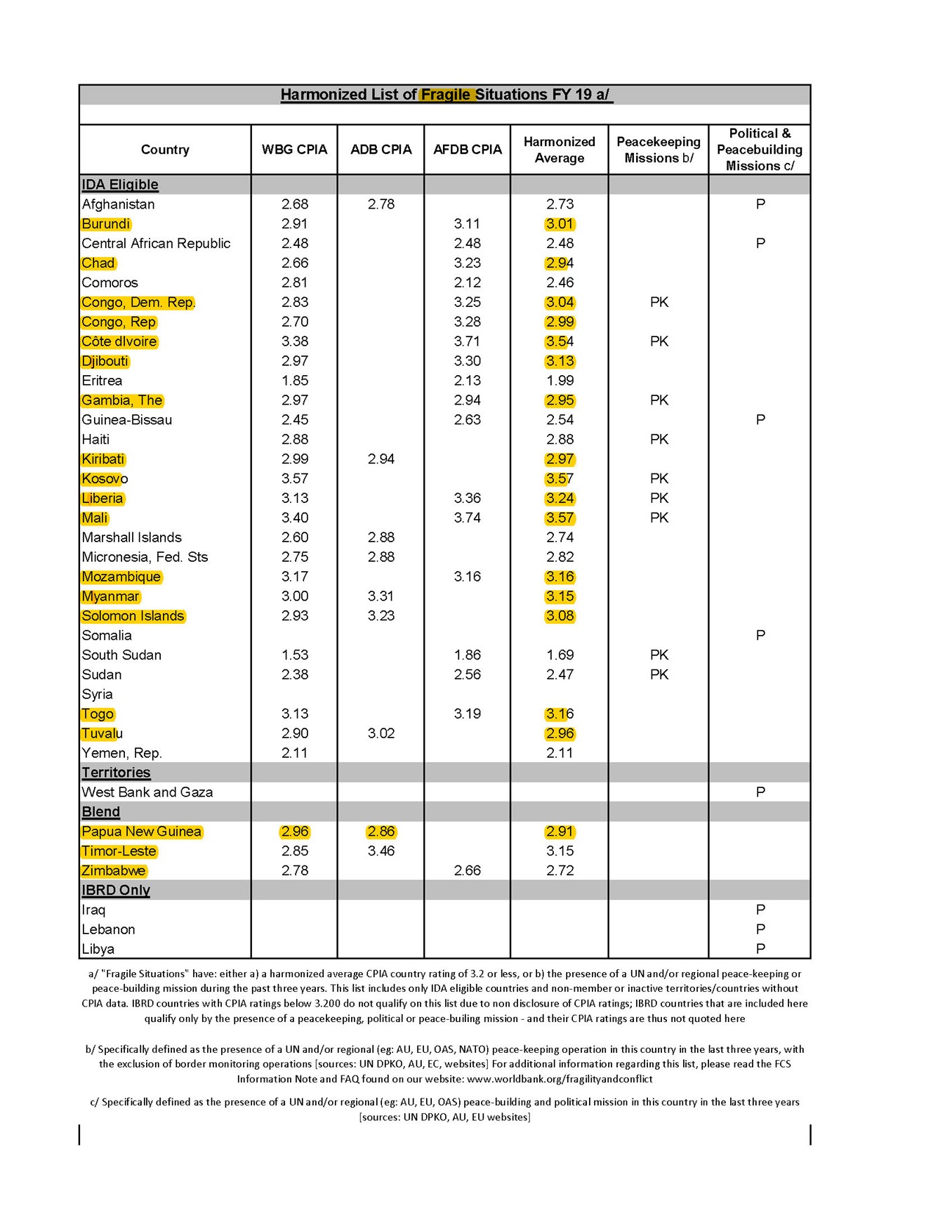 This information is used in a range of other reports.  For example, in the World Bank’s recent Health Assessment of PNG, it included the following excerpt on page 3. This used the FY17 rating of 3.13 (below 3.2 is “fragile”. Over the last two assessments, the rating has now declined to only 2.91. 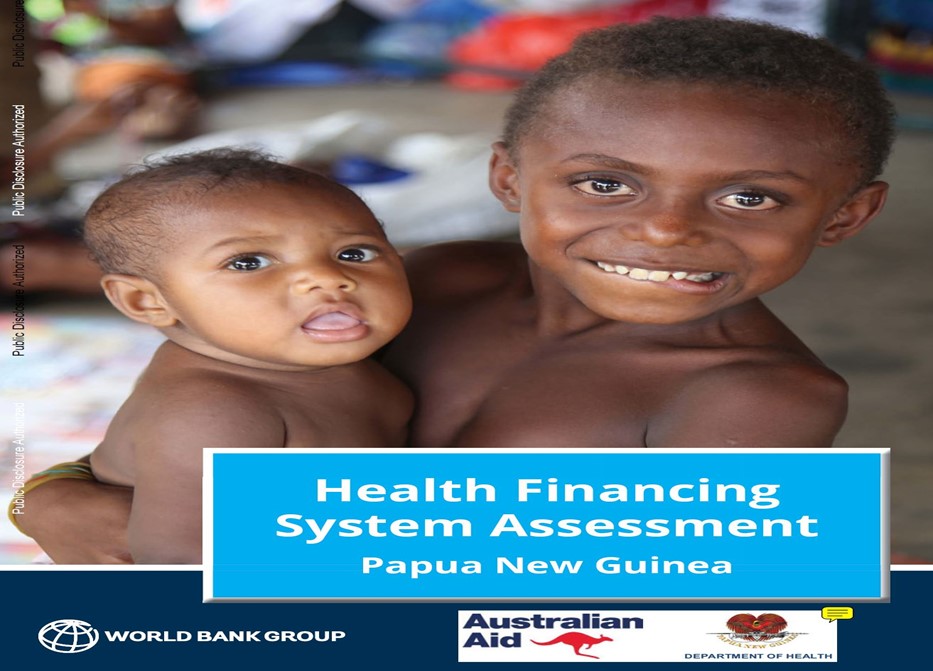