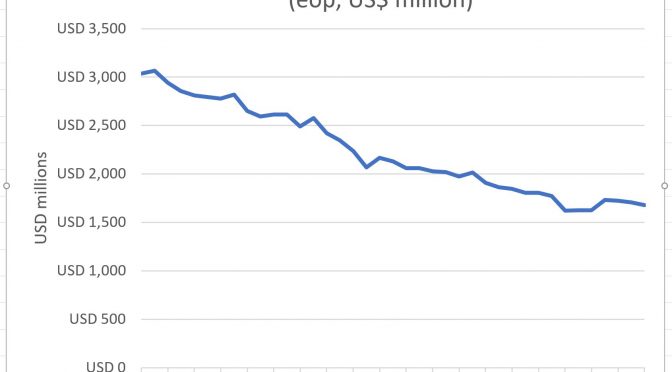 The Bank of Papua New Guinea released their Monthly Economic Report for November 2016 at the start of this month (see here).  This is a useful update on some key economic indicators.  An earlier version of this blog focused on an apparent dramatic drop in foreign exchange reserves in September, and a missing report.  However, the Bank of PNG has now clarified that the end of September figures in the initial reports were incorrect and the September MER has been put back onto the website.  The decline in foreign exchange reserves continues indicating the pressure on the foreign exchange market despite rationing.

Key interesting elements of the report

As shown in the chart below, PNG’s international reserves have been declining fairly steadily for the last three years. The decline represents nearly half of PNG’s reserves with a move from  just over $US3 billion in October 2013 to  $US1.7 billion in October 2016 – even after the Credit Suisse $US0.2 billion first tranche of its loan. 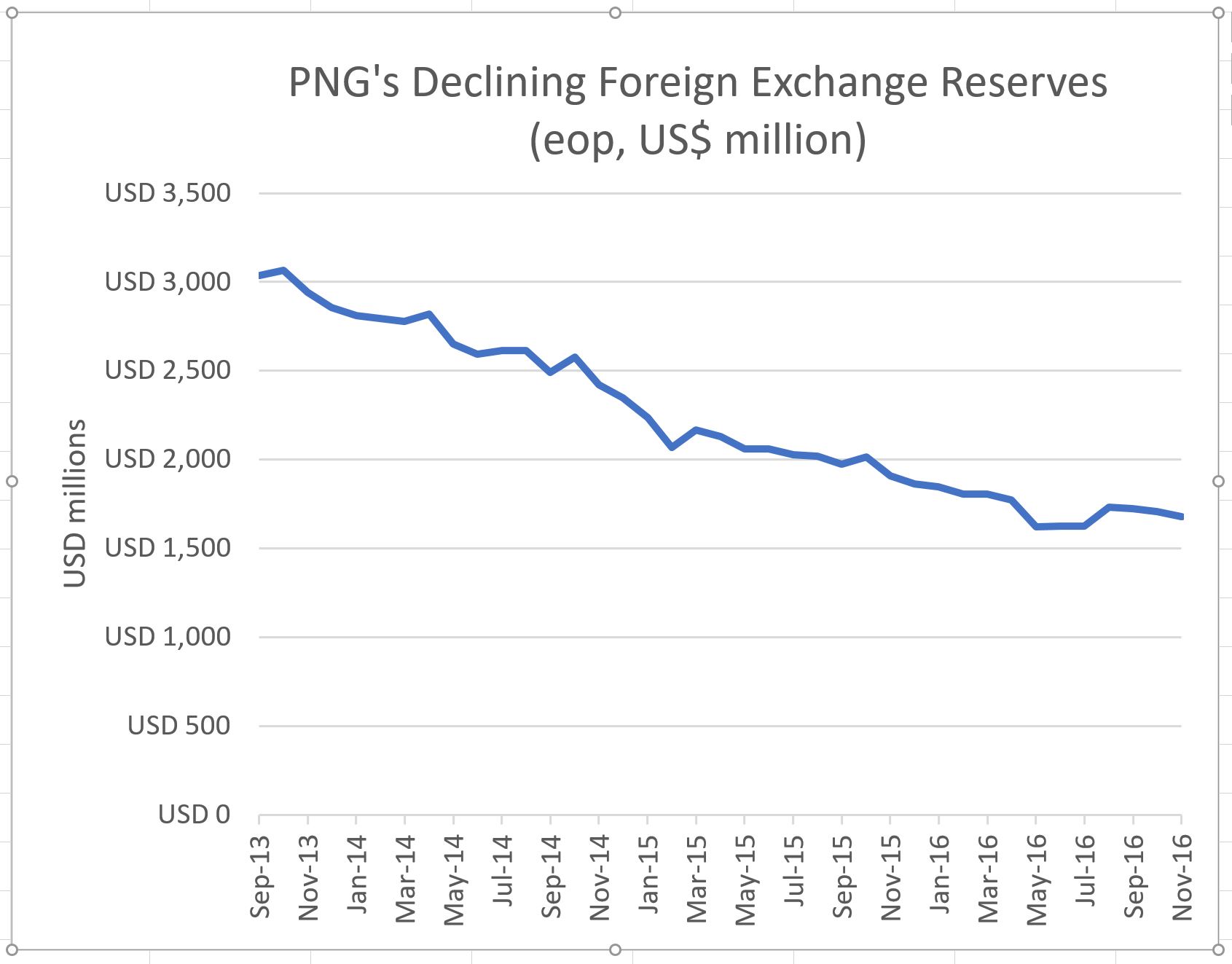 This significant decline was certainly unexpected at the time of the commencement of PNG LNG exports. The drought also had an impact.  However, the combination of continuing foreign exchange shortfalls and falling reserves does indicate that the exchange rate is likely to be significantly above market levels. And as noted above, the overall foreign exchange rate between PNG and the rest of the world (called the Trade Weighted Index) – not just the US and Australia – has actually started to move even further away from likely market levels.