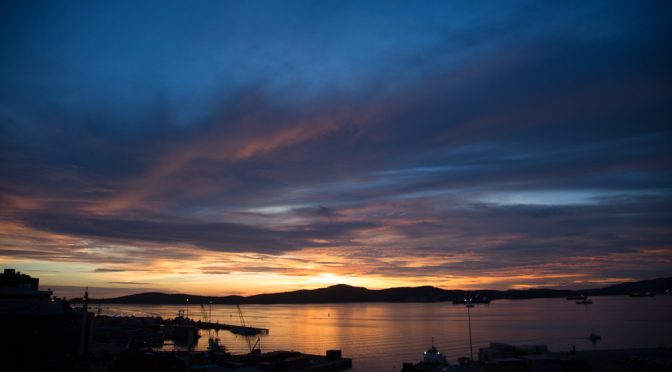 PNG’s 2017 budget was a key opportunity to demonstrate the credibility of the government’s economic management before next year’s election.  It fails.

Foolish games with numbers and unrealistic assumptions severely undermine the budget’s credibility (detailed examples on the revenue and expenditure side are provided below). Indeed, the level of deception arguably approaches fraud – an intention to gain advantage either politically or from investors.

A major winner from the budget are overseas petroleum shareholders with proposed cuts in the company tax rate from 45% (new fields) or 50% (old fields) down to 30%. This will be of particular joy to Oil Search and others that will gain from a new possible Papua LNG project – but they are possibly accessing the lower rate for condensate already. PNG’s tax regime for the petroleum sector was already considered generous relative to world standards – it now will be even more so. And although some of the changes mirror suggestions in the Sir Nagora Bogan tax review, off-setting elements such as the introduction of a capital gains tax and reduced tax incentives are not mentioned in the budget changes. Overall though, the standardisation of rates, and mild action to increase revenues in some other areas, are welcome.

Concessions to the petroleum sector and only moderate tax increases represent interesting choices for a government given the announcement of major cuts in key areas such as health, education and infrastructure. The future expenditure cut pain is also severe with further foreshadowed cuts of 34% in real terms from 2017 to 2021 except for Provinces with “only” a 25% cut.  Even from the 2016 budget, the cuts are very large.  Going against this trend of massive cuts, and in part reflecting the needed priority on the election (K400m) but also the more optional K250m for APEC in 2017, the administrative and “community and culture” areas are the only sectors that grow in real terms between the original 2016 budget and the 2017 budget.  As shown in the table below, in stark contrast to the government’s claimed priorities, the real cuts to health are 29%, to education are 18% and to transport are 35%. No wonder most of the expenditure reduction figures shown in the budget “spin” documents only express the cuts relative to the 2016 revised budget.  This ignores the major  expenditure reductions made between the 2016 budget and the revised 2016 budget flowing from the collapse in domestic revenues. This is at best convenient.  (The sectors of key government priority are shaded in green – they are generally the ones with the largest cuts – all of them incurring greater cuts than the average cut shown in the final row on totals).

Of course, key election elements are protected.  For example, K20m is still provided to fund the “free health” policy.  This represents less than 2% of the total health budget and is minuscule relative to the K315m cut in health in this 2017 budget.  The K20m “free health” policy is a smokescreen for the major cutbacks in health that are hurting church services and the level of assistance provided by health centres.  There is essentially no mechanism for distributing these funds down to rural clinics – so simply banning the collection of any fees means that these clinics are forced to operate without basic medicines or to close down altogether. “Free health” becomes “No health”.

Following are some examples that severely damage the credibility of the budget. There is a systematic pattern of choosing numbers to fit the budget’s key claimed theme of “Responsible Fiscal Consolidation”.  My earlier blogs on the 2015 and 2016 budgets have highlighted a range of errors in the budget numbers.  These were usually clumsy, accidental, or appearing to mainly reflect errors. However, there is an underlying pattern of distorting usual budget forecasting methodologies, not present in previous budgets, that makes it hard to conclude other than that the assumptions are driven to deceive. The gain from the deception is potentially electoral and investment credibility and gain.  Calculated deception for gain amounts to fraud in usual understandings of the term.  This is a budget that should not be trusted.  Some more details on the factors that undermine the budget’s credibility are provided below.

On the revenue side,  the budget assumes that an extra K16 million for the Internal Revenue Commission will magically produce a K400 million increase in revenue – all in 2017. Increased resourcing to the IRC should help increase revenues, but it has not helped over the last two years despite more and better paid staff.

On the expenditure side, from 2017, there is a straight cut of 11 per cent in nominal terms, and 34 per cent in real terms after allowing for inflation, in all sectors other than provinces.  This is not a credible approach.

The financing for the budget deficits also do not seem to be fully considered.

Overall, it is important to map out a course to return to fiscal sustainability. The massive deficits entered into in 2013 and 2014 were a huge gamble, and the fall in commodity prices means the gamble did not pay off. However, fiscal policy must be credible. There are too many at best errors, but more likely deliberate manipulations in this budget to restore credibility in PNG’s economic management.The best way to fix the budget is encouraging higher domestic economic growth.However, poor policy choices in areas covered in other blogs such as the exchange rate and policies that are likely to undermine growth (SME, land, agriculture). The best option for fixing the budget, stronger rates of broad-based growth, is unlikely.