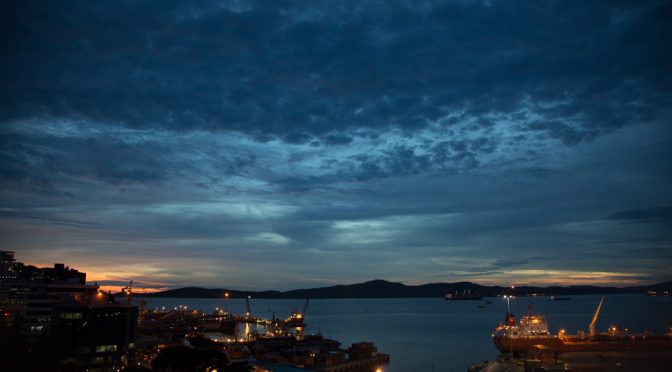 The resignation of PNG’s Election Advisory Committee is a devastating blow to the credibility of PNG’s 2017 election.

The failure to provide this high level constitutional Committee with factual electoral information suggests deliberate acts to hide the truth (the EAC is a constitutional committee with the Chief Ombudsman, representative of Transparency International, and  a law lecturer from the University of PNG).

In its resignation letter, the committee indicates it was “prevented from performing its constitutional duties and roles” because it has not been provided with “baseline data and information nor have we been party to regular reporting”.

Detailed information is required to unpack possible deliberate ‘cooking the books’ from the general chaos and mismanagement of PNG’s 2017 election.

At an aggregate level, initial statistical analysis indicates that no clear pattern of bias can be determined at an electorate by electorate level (see below).

However, the devil is in the detail. The analysis needs to be done at the Ward or even polling station level to determine if there is systematic bias. And this type of information appears to be hidden from the Electoral Assistance Commission and the people of PNG more broadly.

Without such information, it is difficult to understand how the international observers to the election can form a view on whether it has been a free and fair election.

Denying even a thousand votes to even one area by failing to distribute enough ballot papers or omitting a substantial number of previous electors from the electoral roll, yet alone organising to stack a ballot box or steal one, can easily swing the outcome. And it is this type of information which has been denied to the Electoral Assistance Commission.

Australia must take some responsibility for this mess. Protecting a democracy so close to our shores (PNG is less than 10km from Australia) should have been a much higher priority than supporting the planned APEC meeting in 2018, yet alone the funding provided to the Manus asylum seeker centre.

The next steps in this saga are very uncertain. Six electorates were considered “failed” in the 2002 election, but over one hundred electorates were considered fair and a new government was formed.  Concerns appear much more widespread in this election although it has been more peaceful than some earlier ones.  The resignation of the EAC removes yet another important check on the fairness of the election. ‘Following careful deliberation the members of the Electoral Advisory Commission wish to advise that it is unable to undertake one of its primary functions and which is to “consider and recommend failure of an election”’.

Maybe it is not too late to save this election. Actions by returning officers, scrutineers, police and Electoral Commission officers can still have important impacts in helping protect the remaining integrity of this poll. The Electoral Commissioner should resign. The influential role of recommending the outcome of the writs to the Governor General should be moved to someone seen as more independent of the O’Neill government and the mismanagement of the election. Possibly the independent EAC itself should be asked to perform these key high level roles with the administrative functions going to the deputy EC. Alternatives such as a year of chaos preparing for yet another election or actions by the armed forces are not at all appealing.

The three-member Election Advisory Committee who are appointed by the Governor General comprise of the Chief Ombudsman Commissioner (or his nominee) and two other persons – a nominee by the board of Transparency International (PNG) Incorporated and a retired judge or lawyer qualified to be appointed a judge nominated by PNGEC after consultations with the Chief Ombudsman and TIPNG.  Details of the EAC’s role are covered in this report here.

Functions of the Election Advisory Committee were activated from the issue of writs on April 20, 2017 and will end upon the return of writs on July 24, 2017.

Electorate by electorate information is available for 2017, 2012 and the 2011 population census.  Early statistical information at the electorate level indicates that on average, the ratio between the number of votes cast in the 2012 election (3.6 million in total), and the number of names on the 2017 electoral roll (just over 5 million in total) was 1.38.  Similarly, the ratio between the numbers of people in a particular electorate in the 2011 population census (3.9 million), and the number of people on the 2017 electoral roll, was on average 1.23.  With a 3.1% annual population growth rate, the expectation was this ratio would be slightly lower at around 1.17.  However, for both these unweighted ratios, there was no clear difference between PNC electorates and non-PNC electorates.

There was great variation between individual electorates, however, and this may go to issues of broader fairness. For example, the size of electorates can differ by a factor of over 8 times between the largest and smallest.  The 2011 Census says there are 133,452 people over the age of 17 in Angalimp-South Wahgh in Jiwaka Province (although only 125,502 names on the 2017 electoral roll) while there are only 16,309 people over the age of 17 in Goilala in Central Province (although with 29,176 people on the electoral roll).

Looking at the 2012 election results, there were many close races where only a few hundred votes would have made a difference.  If the ruling People’s National Congress party (PNC) of Prime Minister O’Neill was deliberately aiming to bias the election (amongst all the noise), one would target key marginal electorates.  Targeted actions, such as not providing enough ballot papers to even one key ward where the main opponent’s support was located – or a key university – could easily swing the outcome for the election.  Examples of such “marginal” electorates include the following: PNC close wins – Port Moresby North West by 17 votes after preferences, South Fly by 31 votes after preferences (and lost on 1st preferences by over 400 to THE), Nawae by 433, Madang Open by 544 (disturbing reports of police shooting scrutineers there on Sunday 9 July), Okapa Open by 645, Kairuku Hiri Open by 1,162 and Kokopo by 1,201.  Other examples where the ruling PNC lost a close electorate include the following: Gazelle Open – PNC won the 1st preference tally by 77 votes but lost after distribution of preferences by 113; Gumine Open – PNC lost after distribution of preferences by 536 – in Manus, PNC won the first ballot but lost by 257 (Manus Provincial also close, as was Milne Bay Provincial).

There has been a discussion on the meaning of a failed election, and the possible determinates – see here as well as the comment on the broader interpretation provided by the Supreme Court in failing the Local Level Government elections in 2013.

No specific figures have been provided on the level of Australian support for this election. Reports are the figure is around one-half the level provided in 2012 (this needs confirmation). Certainly, the figure is much less than the expected support for the 2018 APEC meeting which is expected to exceed $A100 million -see here. It is difficult to explain this choice of priorities in supporting democracy in our closest neighbour, especially given concerns about growing Chinese influence.  Of course final responsibility for the election and how it is conducted rests with the sovereign country PNG.  As a close partner, with historic responsibilities and key national interests, we should have done better.