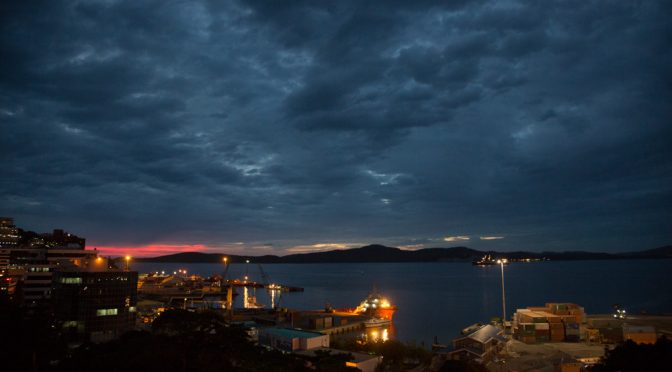 The IMF report estimates the 2016 budget deficit will be K628 million higher than claimed by the O’Neill government. The IMF estimates the deficit will be K2,740m or 4.4% of GDP . This is significantly higher than the government’s estimate of K2,112m  or 3.1% of GDP.  (Figures from Table 2a and 2b of the IMF report relative to the figures in the 2017 budget Table 1).

In addition, there are unknown levels of off-budget debt. For example, the estimated K3.1 billion in loans for the Oil Search shares is not shown in these figures. Indeed, the IMF states when commenting on the “comprehensiveness and transparency” of government accounts that “the extent of unreported government operations appears to be large” (page 22).

On a positive note for the government, the IMF considers that at a macro level the government has been pursuing a “prudent” fiscal policy since late 2015 when it finally started to adjust to the collapse in revenues.  However, this of course avoids the issue of the blow-out in budget deficits over 2013 and 2014 which clearly were not sustainable. Put simply, the O’Neill government created a huge fiscal mess in its early years and it had little option when its gambling on commodity prices did not pay off.

Underneath this high level fiscal policy, the IMF expresses concerns about the pattern of expenditure cuts.  In particular, the IMF suggests expenditure cuts should be “concentrated in provincial district government spending” – so the DSIP and PSIP.  These areas of expenditure are regarded as having the least contribution to growth and the weakest governance processes. However, this would not suit sitting members of parliament.

The IMF considers that “additional revenue measures should be implemented to lessen the need for expenditure cuts” as part of a comprehensive tax reform package following the Sir Nagora Tax Review in 2015.

For the 2016 budget, the IMF expresses diplomatically concerns about the expected level of asset sales and dividends from State Owned Enterprises.  These were not considered likely.  The Final Budget Outcome (FBO) at the end of March 2017 should show the actual figures. However, given what appear to be “convenient” manipulations of statistics recently, I am not confident in the unbiased results of this year’s FBO.

Looking ahead, the IMF is cautious about rushing to a return to budget surplus given PNG’s pressing development needs.  In its usual diplomatic language, it states “The pace of fiscal consolidation should be carefully calibrated to avoid a sharp contraction, implying a more gradual adjustment than specified in the MTFS” (Medium Term Fiscal Strategy).

I would agree with this view – the expenditure cuts that have been imposed on the people of PNG are greater than those imposed in Greece. Cuts of close to 45% in real terms in areas such as health and education make a mockery of claims that these critical areas have been protected from government cutbacks. For example, the “free health” policy is costed at only K20 million a year.  Clearly, this is nowhere near the level that would be required to actually deliver a “free health” service of any quality in PNG. The cuts in the health budget in 2016/17 alone were over fifteen times the size of this “free health policy”. There is a need for a better balance of greater revenues (see below), a better and more realistic medium-term fiscal strategy, and expenditure cuts focused in administrative and political areas rather than in service delivery.

The IMF also discusses the 2017 budget only having “broadly realistic revenue projections” without specifying which budget assumptions may not be realistic (the tax compliance revenue gains have not been delivered in past years and are unlikely to be delivered in 2017).

The IMF also indicates that “the tax arrangements for PNG’s mining and petroleum sectors are very generous compared to other resource rich countries and do not reflect the maturity of the PNG resource sector”. Indeed, the IMF states “there is considerable scope for improving the fiscal regime for extractive industries”.

The backdowns in the January Parliamentary session over increasing the returns to PNG from taxing log exports also reveals the power of the forestry sector in PNG.

PNG landowners and the broader populace are missing out.  There are clear areas where revenues could and should be increased.

On monetary policy, the IMF appears to not have been informed about an extremely worrying development in 2016 – the return of the central bank to printing money (see here). On the basis of more recent figures from the BPNG released after the IMF mission, it appears the IMF was not informed of the extent of money financing of the deficit during 2016. Specifically, the IMF report is based on BPNG’s net credit to the central government being K1,713m in 2016 (Table 4 p32 of the IMF report) when that figure has increased by 58% to K2,717m by the end of September (latest BPNG quarterly data).

BPNG has returned to a position of backstopping all auctions for government bonds and essentially printing money.

If the large 58 per cent increase had been known by the IMF, there would have been much more discussion of the significant inflationary and other risks of such an increase in central bank financing of the deficit.

However, even without these details, the IMF was concerned about “large money-financed fiscal deficits”.

Overall, there are significant gaps between the stories of the O’Neill government and the information provided by the IMF. These go to the heart of whether the people can trust the government. Based purely on the IMF report, an internationally recognised independent umpire on such numbers, recent posts on the pngeconomics.org website detail how the 2016 budget deficit is likely to be K628 million bigger than the people have been told. Government debt is nearly a billion Kina bigger – and that doesn’t include debt being hidden off-budget. Economic growth is 12.7% lower than claimed. The economy is K6.3 billion smaller. The government debt to GDP ratio at 33.5% exceeds the legal limit. Expenditure cuts are too severe and being made in the wrong places. More could be done to get a decent return to the people of PNG from their resources. PNG’s external position is weak, with import coverage only about one-third of the recommended levels despite the foreign exchange restrictions.

It is interesting that PNG’s major local papers have not covered the outcomes of the IMF report on PNG but did so for the recent IMF report on Australia. Something is wrong about reporting, and it also goes to the heart of trust.

Overall, I can understand why the government tried to suppress this report by an independent umpire.  The IMF provides a few positive comments on high level fiscal policy, but overall, it is a pretty damning report about the O’Neill government’s economic mismanagement.