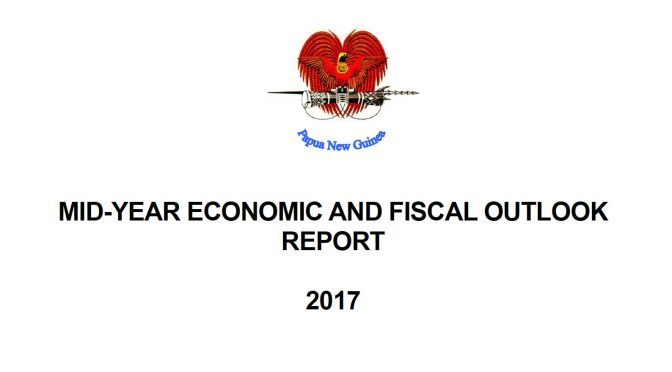 This is an extraordinary document .  Amongst the detail is a damning insight into O’Neill’s continuing mismanagement of the budget. There is little doubt that the original 2017 budget was fiscally fraudulent (see here and here).

Some of O’Neill’s promises during the election campaign are extraordinarily expensive, and these would make the outcomes even worse.

In an extremely worrying comment, with no details provided, the PNG Treasury states “Also captured in the Total Public Debt Stock Outstanding are the State-guaranteed loans now being serviced by the State.” (p29).

As the deficit is some K1.1bn higher, and the total increase in public debt is K4.3bn higher, the difference of K3.2bn is probably the costs of the Oil Search share purchase debacle. These costs are now being carried by all PNG taxpayers and not Kumul.  That was a shocking deal for the people of PNG -and its legality has still not been tested in the courts (although one Treasurer was sacked over the issue).

The growth forecast falls slightly – it is now indicating on per capita terms, the PNG economy will go backwards by 0.4% in 2017.  For too long, PNG’s economic performance has gone backwards – see here and here.

Overall, this is an extraordinarily frank document. My credit to the brave PNG Treasury authors. Still, it is written by professional public servants, so the punches have been pulled.

But between the lines, the only conclusion is one of extraordinary economic mismanagement.

It is a shame there was not more time for new members of Parliament to reflect on the document before the scheduled vote on PNG’s new Prime Minister – especially given the nature of a “closed” camp.  The 2017 budget was indeed fraudulent.

O’Neill has a track record that gives him an “E” for economic management.  That is a sad legacy for PNG’s future generations.

Hopefully, a new government can start the process of economic repair.