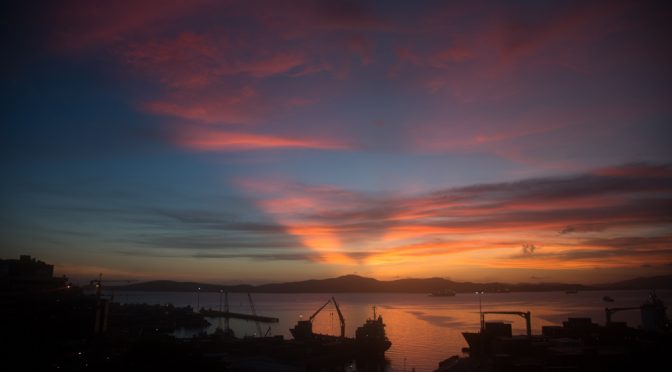 There will be a meeting of PNG’s and Australia’s business leaders in Brisbane from 30 April to 2 May 2018 – the APNGBC.

The context for the meeting is pretty tough. PNG’s credit rating has just been down-graded by one international credit ratings agency and put on negative watch by another.  These are pretty rare events – only once a decade for an actual ratings downgrade. This is a tough backdrop for the Eurobond being suggested.

The PNG National Statistics Office recently indicated it was downgrading the estimated size of the economy in 2015 by an extraordinary 10% – from the previous questionable PNG Treasury estimates of K62 billion down to K57 billion.  This simply  confirms what businesses have known for the last several years – outside of the resource sector, PNG has faced a very serious recession.

The recent ANZ review has some very sensible suggestions on getting fairer returns from the resource sector but it also highlights the reality that PNG’s exchange rate should be some 20 to 30% more competitive than currently (the other side of a currency depreciation). This gets to the heart of the foreign exchange shortages undermining growth and investment in PNG. But talking about the need for a depreciation is not popular in PNG. Indeed, there is an unusual fracturing within the business community on this issue from the perspective of an economist. Certainly, within Australia, it is the manufacturing and agricultural industries that are strong advocates for a more competitive exchange rate – lamenting the adverse impacts  when the Australian dollar is driven higher by the minerals sector. So it is confusing when those that would gain most from such an improvement in competitiveness are opposing it? A 20% depreciation is economically identical to a 20% tariff on all imports, a 20% subsidy for all net exports, a 20% subsidy on all foreign investment and a 20% penalty on all external flows. The real losers from the lack of Kina competitiveness are the  entrepreneurs, many of them young and female, being denied  business opportunities for higher exports from PNG and higher investment into PNG.

PNG is starting to move down a more protectionist path with the suspension of the tariff reduction program and the introduction of significant new tariffs. Even as it seeks to diversify away from the resource sector, the model is one of supporting “infant industries” and direct government participation that has so poorly failed in PNG and other countries.

The 2017 Final Budget Outcome raises serious questions of credibility. The most recent BPNG Monetary Policy Statement indicates bank lending for investment and housing fell by 3% in 2017 – the first decline since 2003.

PNG is slipping back into the resource curse – the widespread characteristic that country’s with significant natural resources do worse than many other countries. PNG has been there before – certainly in the early 1990s with the Kutubu/Porgera expansion and earlier in the 1980s associated with Bougainville Copper. The PNG LNG project has pushed PNG there yet again in the context of declining governance standards. Treasurer Abel appears aware of this but it is very unclear whether he has the influence to push back on some vested interests (both political and economic). There is some welcome cyclical recovery in commodity prices but this will not deal with the underlying challenges facing PNG which are tragically impeding its growth potential.

The following three outcomes from the meeting would be positive: